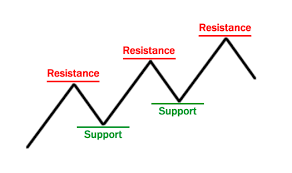 Support and Resistance are most widely used concepts in stock market. They are very important to study next movement in the market. Lets study some key concepts about them.

When the stock price moves up and also pulls back, the point reached before it pulled back is now resistance.  It’s where the stock price tends to find resistance as it’s going up. This is the price position at which force of selling is strong enough to avoid the price from rising further. After a certain point of time, the share price shoots up so much that the stock starts looking so expensive. As a result lot of investors starts selling the stock. As a result, the stock stops gaining and starts to fall. This price position is called the resistance position. 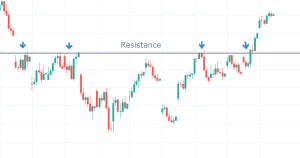 Why does the Resistance Occurs?

There are many reasons behind Resistance

What happens if Resistance breaks?

Resistance is the area in which there is more selling pressure than normal. People tries to short position near resistance. If this level breaks then peoples with short positions start exiting their positions and market moves upwards. Also people who were waiting make fresh position after breakout and price moves upward. Now the resistance level act as a support.